Jenny and Robert are both young physicians and so getting a few minutes with them together was hard. We had a perfect evening in Birmingham, Michigan’s Quarton Lake Park.

It was great hanging out with them for an hour or so and learning a little more about them and their upcoming July wedding. Enjoy! 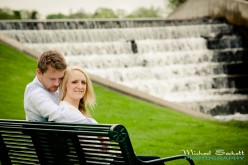 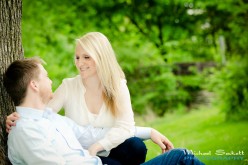 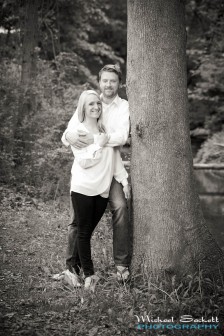 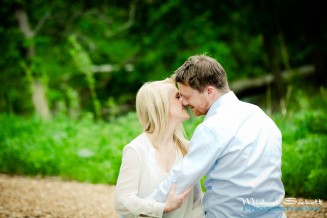 Alicia & Alex both went to U of M, graduated the same year, even had a class together (I think), but never met until after college.  They both still had fond memories of Ann Arbor and University of Michigan and wanted to head back there for their engagement session.  A stop at the graffiti wall was a must, as well as stop at The Ark for a shot where Alex asked Alicia to marry him…there’s more to the story, but you have to ask Alex about that.  We then headed over to the Arboretum and the peony  gardens which weren’t quite ready.  We took a few paths thru the woods and found a friendly deer and a great opening full of beautiful flowers (my family would be ashamed I didn’t know what type of flower they were).  Alicia and Alex were a super fun couple to photograph because they were totally willing to have some fun and laugh together.  A 2013 wedding is planned, stay tuned.